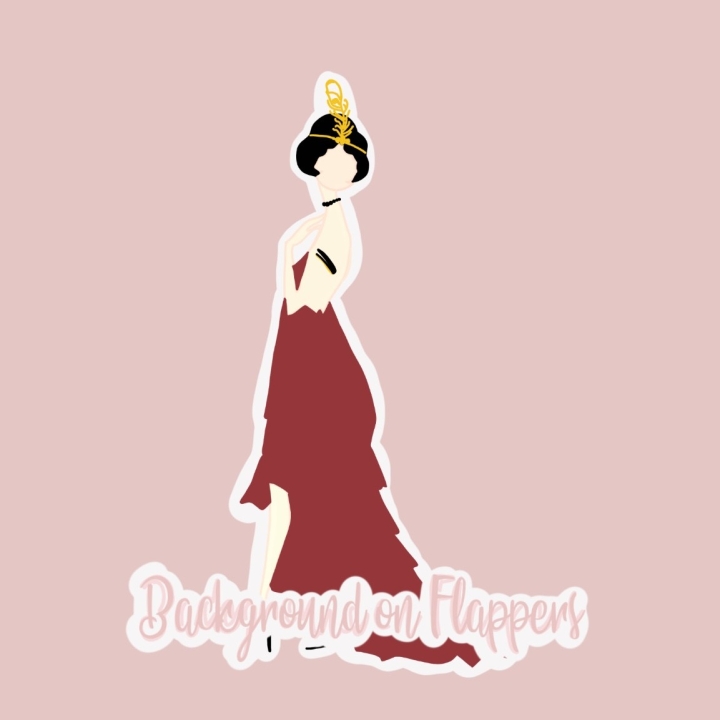 A flapper is one who bobs her hair, powders her nose, and says to herself, “Clothes, I am going downtown, if you want to come along, hang on.”

As I have studied history I have found the image of what a flapper is or could be has been limited to a good time girl. A role for the wild women to play, something to dress up as. The ideas of a flapper have been limited to a caricature that everyone can immediately recognize. Especially now that we are in the 2020s, there were discussions about bringing the “Roaring Twenties” back. How much of what we know about flappers is correct? Here you will find research into the term of flappers as a whole and through a series of blog posts we will look at specific women that show the true meaning of what it meant to be a flapper.

Since her emergence at the end of the First World War scholars have tried to define and understand the flapper and how she had impacted the women of the 20th century. Even during the 1920s the definition of flapper was never clearly stated as writers and men and women across the country disagreed on what the meaning of the flapper truly was. During the 1920s there were strong comparisons between the grandmother’s generation and her granddaughter’s generation. It is not clear when or how the term flapper came to America and show up in the common vernacular of the time, but it spread like wildfire throughout the country. After the end of World War I the young people of America were ready for a change. The war inspired young people a feeling that life is short and could end at any moment. Therefore, young women wanted to spend their youth enjoying their life and freedom rather than just staying at home and waiting for a man to marry them. By the early 1920s the term flapper came to be synonymous with trouble and associated with every social problem that the older, Victorian age man and woman disapproved of.

This stems from the fact that the American landscape shifted from a rural-agricultural center towards an industrial center. Because of this, families in the more rural states were left behind to the new modern changes that were emerging at the beginning of the 20th century (Covert, Kyvig, Shideler). Modernization arrived at slower rates to the rural states of America, especially in the Midwest in terms of modern farming practices, modern appliances and gadgets and improvements to the houses. But women in these rural states such as Iowa were just as much affected by the social, gender and sexual changes in the 1920s as the women in the more urban states. Historians separate the urban history from the rural, treating the two as two separate entities. The common narratives surrounding this phenomenon support the idea that those in urban areas are modernized and embraced changes whereas the rural areas refused to adapt and remained stubborn and stayed the same. There is no argument against the rate of the changes occurred much slower in rural areas, but the modernization and changes that did come to the rural areas were embraced and brought in by women. Through modernizing their homes, increasing their education, and working outside of the home young women observed the changes happening in the world and pushed for those same changes to happen in their own homes, leaving behind the practices of their parents and grandparents.

the New Woman of the 1920s boldly asserted her right to dance, drink, smoke, and date—to work her own property, to live free of the structures that governed her mother’s generation. (…) She flouted Victorian-era conventions and scandalized her parents. In many ways, she controlled her own destiny

History defines a flapper as a young woman in the 1920s who focused on enjoying herself, discarding conventional standards of behavior. A flapper was marked by her bobbed hair and loose clothes and morals, who flaunted her disdain for what was then considered acceptable behavior (Flapper). What this definition forgets is that flappers represent the changes that were coming for women across America, the changes that were ushered in during the 1920s did not singularly affect urban states but also rural states. The term flapper is synonymous with progress and change. When historians study the Midwest and other rural areas in the 1920s do not call these women, flappers. What historians define as a flapper is solely placed in urban contexts. Failure to consider women in rural states to be a flapper is not an uncommon oversight. When the definition of a flapper is constrained to view these women as caricatures and a sexual movement instead of a feminist movement and a leader and trailblazer for bringing modern changes to a rural environment it is an easy oversight to make.

Historian Estelle Freedman points out that solely limiting women to sexually active, rebellious stereotypical historical role highlights history’s reasoning of women to exist only in a sexual role (Freedman). Flappers are viewed as notorious women because of the sexually promiscuous role that they were cast in history. The fear of the mothers and grandmothers of the young flapper’s generation was that their young daughters would become knowns as fallen women. Rejected and scorned for their mistakes, in previous generations most women kept their sins more private, unlike the flapper of the 1920s, where the mistakes were more public and discussed out in the open. Young women did not feel a strong need to hide as their mothers and grandmothers did. And because of this, flappers became known as notorious women in history and reduced to a caricature for costume parties.

Through my own research I have found that throughout the 1920s men and women viewed the flapper not as a sexually immoral, wild, good time girl. Instead the flapper was the same as her grandmother and the women before her. The flapper was not a caricature of the time period, reduced to her bobbed hair, loose skirts and morals. She was open and honest with the world of who she was and what she did. She sought to make the world better than what she had before. To some she became a sellout, to others a scapegoat and others, the continuation of what it meant to be, The New Woman. The history of women in the 1920s has long been due a turn over, through this series we will begin to examine the differences and what it truly looked like to be a flapper.

Kyvig, David E. Daily Life in the United States, 1920-1940 How Americans Lived through the “Roaring Twenties” and the Great Depression. Chicago, IL: Dee, 2004.